Inside of Knoxville Highlights New2Knox (OMG🤩)

We were so insanely honored (and if we’re being honest, pretty starstruck) to be interviewed by someone who loves Knoxville as much as we do: Knoxville Urban Guy 🙌 His website is another amazing resource for anyone wanting to know more about Downtown Knoxville. Check out his article about our new downtown office space below! 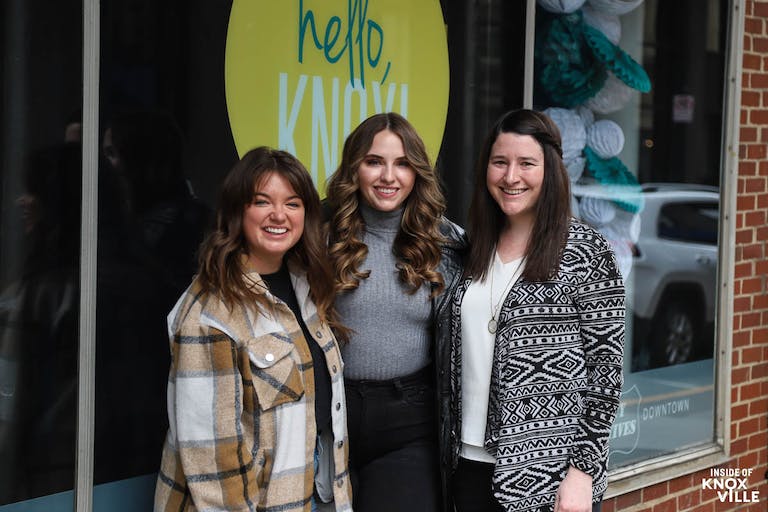 Originally Posted by Knoxville Urban Guy on Inside of Knoxville:

A unique hybrid business model, grown over the last six years, has resulted in New2Knox and Move2Knox opening an office at 323 Union Avenue, beside Coffee and Chocolate. Behind the company is a trio of energetic women, Emilie Stooksbury, Emily Stevens, and Bailey Rose. What started with a small conversation about the difficulty making friends in a new city grew to an effort to help others do just that with New2Knox, and then, in late 2020 a relocation service with a real estate component was added as Move2Knox, which is affiliated with Realty Executives.

In 2016, after the initial conversation between Emily and Emilie, the two decided to do something about it and hosted a party at Bearden Beer Market, throwing the invitation open on social media. The response was so strong that they realized there was a need. The two started New2Knox and began offering “small groups” to people who wanted to meet others.